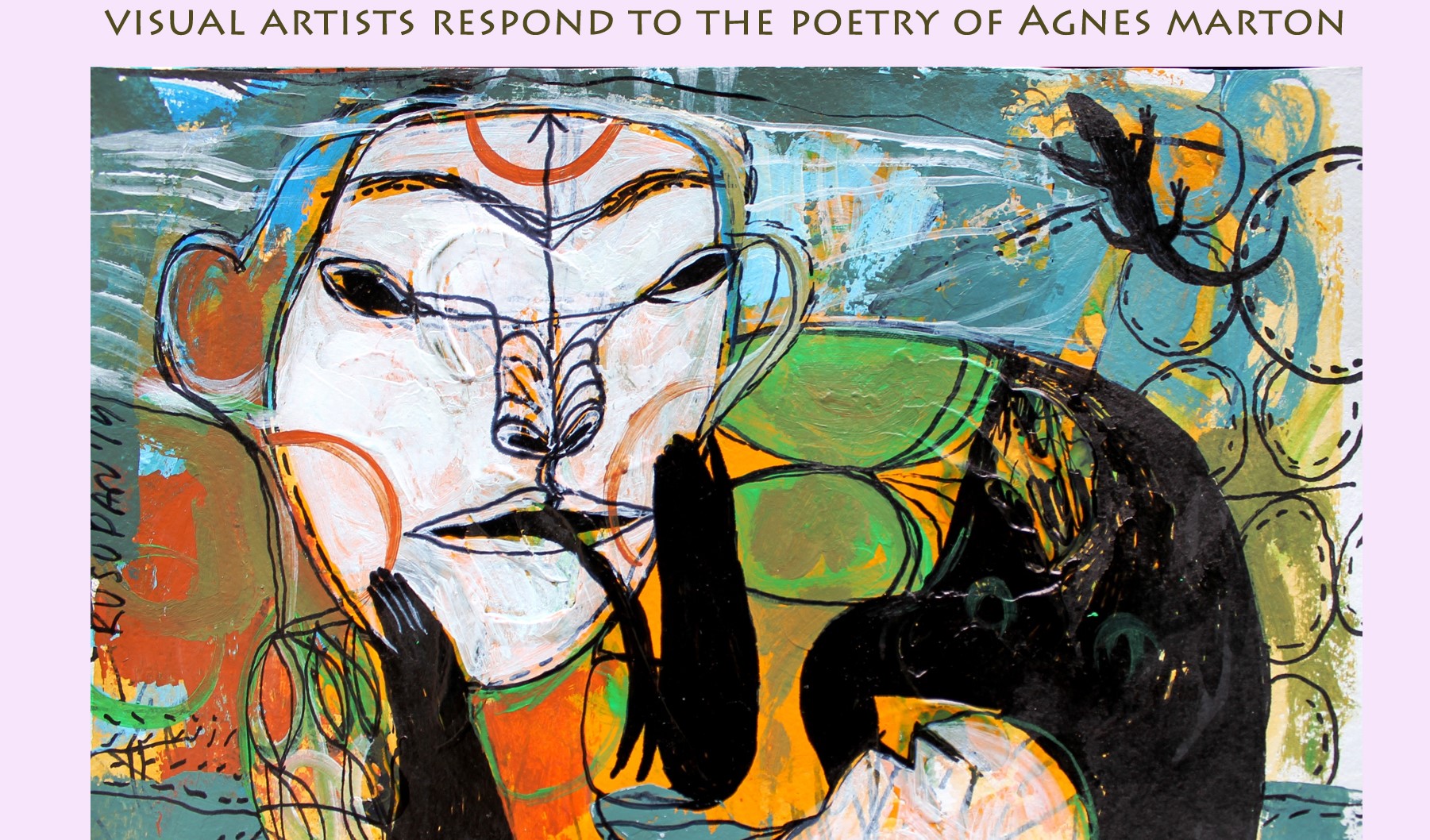 How did you start writing?

Even at the age of four I told stories of my own.

Was the urge to write poetry embarrassing to you in the beginning?

I don’t see why it should have been embarrassing ~ maybe the opposite. My poems have been published and have won competitions since I was a teen. I have always been surrounded by friends who wished they could express themselves in special ways like me.

What was your first inspiration?

Just like nowadays, nature and animals. But through metaphors ~ mere description doesn’t interest me, nor simple narration.

How does your Hungarian origins and the fact that you are living in Luxembourg influence your work?

I grew up in an era of pretexts and hidden meanings. It might be one of the reasons why my writing has always been multi~layered. Also, I love exploring betrayals.

Do you hope your readers will find in your work something specific?

My work is very different from everybody else’s (it’s not my assumption, this is what others say as well, in the reviews too). It’s partly because of the visceral voice, partly because of handling serious themes using playful language and rhythm structures, lush imagery.

The well~accomplished poet Yuyutsu Sharma described my poetry as follows:

“Agnes’ is a sanguine voice, a wounded shaman calling the mutants of the world, in rapt conversation with Nature’s secret energies, effortlessly digging treasures of love and compassion out of her fertile womb.

She is a poet with many incarnations: “The Viperfish, luring giants as prey,/ swallowing them as one,/ Springboks pronking in the air blind, mules walking the wind. /Whiteface parrots, pink sheep/ zombie-neighbored carrots./ Fused-limbed mermaid mice, /extra auricles, no tails. /The Pronghorn Spiny Lobster, sponge-dried,/ bubble-wrapped, placed in Styrofoam. /Self-addressed envelopes to eunuch larks, six-fingered poets.”

A major young European voice, a “safari soul” whose “roaring silence” and its intricately innate charisma we cannot afford to ignore or let go unheeded. Her poems race against currents of time and tangible realities in one relentless rush, spiraling earth-wise, spew out its hidden energy with the vigor of a volcano awake after a century’s sleep.

Deep, epigrammatic and corporeal, these are waves of a warm, naked ocean…”

Is there a particular part of your work that you hope will influence your readers?

I don’t think anyone would want to get any piece published or performed without the intention of touching the readers or the audience this way or that way… The intention can be quite different piece by piece, project by project. Just to mention a few, I dealt a lot with the necessity of redressing the past (it being the apartheid as it was a project in South Africa, or your personal history, or the traditions of any community), in my chapbooks I protested against Trump (but in my understanding it was rather against stupid power as such, anywhere and in any form). My band~new project is called ‘Mission Jaguar’, it is going to take place in Costa Rica and Nicaragua in 2020, to protect wildlife against mass tourism, to call people’s attention to the importance of the so~called jaguar corridors. Just like, after my residencies in the Arctic Circle and at the Scott Polar Research Institute (it’s a part of The University of Cambridge in the UK), I wrote a lot about the endangered glaciers and edited an Arctic issue of the international literary magazine The Ofi Press.

But of course the emphasis is very different in my operas and choral work, a collaboration with Greek composer Vasiliki Legaki.

What is the role of literature today?

The same role as of any other way of communication.

What keeps you writing?

I have something important to say… and then again… I’m enchanted by an image or some rhythm (usually it’s not what I can see or listen to in real life, it’s all in my head), and I can start building on it… But I also do a lot of research, science is a huge inspiration. For example I observed bats in Canada, with the help of a bat~detector I built myself, then I write a poem sequence for a bat~themed anthology called Battalion. It was published by Sidekick Books in the UK last year.

You are quite active abroad but also an admirer of the work of Marina Abramovic. Does it have something to do with your interest in coming and writing in Belgrade?

Certainly it does. I did thorough research, I might know Marina’s life and activities better than my own, every tiny nuance. Quite a few of my poems and stories use Marina as a starting point. My latest book is called ‘Postcards to Trump from the Marina Abramovic Institute’. However, I wouldn’t call myself an admirer of her work. I do find much of her artwork and constant quest essential, brave and fascinating, but besides, I admit she is rather controversial. I absolutely disagree with some of her statements in the interviews, I don’t oversee the disjointed nature of her work… An artist is human after all, I can accept all this, She is never boring.

Your impressions and feelings about Belgrade…

Lastly, what is next in your writing? What can we look forward to reading from you?

The manuscript of my second full poetry collection, ‘For Waltz You Don’t Need a Compass’ was a finalist in the international competition of the Munster Literature Centre. Now I’m fine~tuning it before it gets published.

Your message to artists who wish to come in Belgrade in the future….