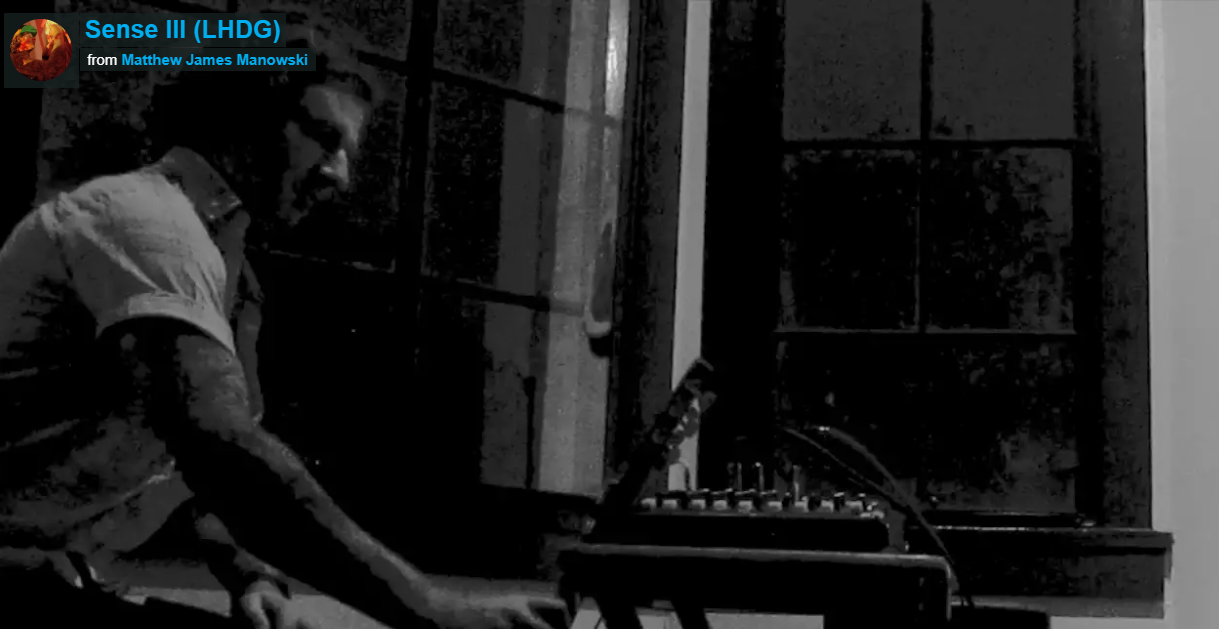 When did you first become interested in all these forms of art? And how did you start experimenting with different medium?

Merging art numerous art forms was introduced to me during my Intermedia Art studies around 2007-2008 at Metropolitan State University, under Professor David Means. It was clear at that time and even more so now, that there was a way beyond traditional methods-like sculpture or painting-to experiment with several forms simultaneously. And for this work to be completely immersive and liberated from confinements.

The beginning phases of what some would call Intermedia or maybe Interdisciplinary art was rooted in sound experimenting. You see, I’ve been musical since my youth having played in several groups, instruments and collecting music. It’s a form that doesn’t need any grand artistic justification, people get it directly and that’s important in my work. And all the same painting and drawing come naturally. I recall these drawing sleepovers I’d have with my friend Charles in like third and fourth grade, conjuring up monsters, fantasizing about elements like fire, supernatural figures putting down on paper. It’s important to note that my overarching interest in creativity regardless of form, has driven my work and is the catalyst.

Your art is visually very elegant. Could you talk to us about the visual aspect of your work? How important is it to you? And how does it complement the sound work you do?

From a visual standpoint, there’s a context or environment I want to position the viewer in, an arrangement. Also there are instances when a meandering video shot or clip that some people would edit out, I choose to exploit rendering the flaws in an aesthetically interesting way to me. It’s personal. Yet, to share that means you can adventure into this world too. Look, art is a risk. Making choices involve risk. Also this includes not making a choice, that’s inherently risky too.
Visual elements have a powerful impact on our senses-we’re distinctly visual being unlike say, bats or centipedes who rely on feel and sound. So yes, it’s important and why not engage this sense?
I’ve thought about the complimentary element before and I can simply say; it’s intuitive and sometimes illogical. In other words the visual choices I determine can happen without other media elements. I’d like to believe that if you were to separate the sound from the video etc. it could easily stand alone. And this would have an all-together new story and power.

What is most important to you as a sound/video artist?  Is it the hope for certain reaction in the listener/observer?  Or is it to accurately create a certain environment?

What is most important is the satisfaction I get from problem solving with materials. There are pieces I’ve created that seem complex and often I don’t have a theory behind the work. Sometimes the theory comes later on after it’s remounted or re-presented in a new way. Testing out ideas with forms is entirely part this process, hence the term experimental art. Like science there are failures and in that case you take new measures, refine. It’s a subtractive process in this way. Though I do consider the emotional responses the viewers may have but this never steers my work! Think of it this way, I’m trying to position the listener within the space I’m trying to create within the piece, yet it’s non-sensical to think that I can actually achieve this feat.

How did you decide to be a resident in Belgrade Art Studio?

What will your project in Belgrade be about? What was the inspiration?

The piece I’ve created-which is up for exhibition at Kvaka 22-is titled “Light Matter While I’m Here.” It’s an extension of works or continuum of pieces that have now evolved from a residency in 2017, in Portugal. During a month-long stay, I continued my experiments with forms and numerous materials. In Portugal I created a series titled of “Object I – III”. These all had sonic and video elements along with sculptural and site-specific objects, natural and local artifacts plus, ritual-performative elements, entirely improvisational. I’ve been interested in this ever since.
This piece requires me to explore the identity of Serbian culture through newspapers, field recordings, videos and history. Like a detective I’m collecting evidence. And as opposed to dark matter-which makes up most of our universe-in this piece I used the phrase “light matter” in a joking sense because light isn’t really matter at all, this is also a double entendre-a play on words. And “While I’m Here” speaks to ephemerality which is strewn through my previous works. Even more important is the ecological and political aspects presenting me with opportunities to use less. So, my materials are extremely limited. In fact, I carried everything in my knapsack and I have used objects which are found or salvaged from the city itself. There’s so much material out there and of course sound and video are typically free…

How did you find Belgrade, its images/sounds/noise?

Belgrade has a unique tonality and attitude. I can sense the powerful histories that have played themselves out yet, there’s a tremendous resilience in the people. There’s an inner strength that is palpable and I certainly respect that. From a sound and video standpoint if you have the right eye and technique you can find beauty anywhere. It’s like being a writer, all you need is a typewriter, or pencil and paper. The rest comes naturally.

Your message to future artists in residence?

Future artists: I’ll tell you-and many many arts advocates will agree and even those who aren’t able to grasp the need for this type of personal output will agree-imagine the world we live in now, both bad and good. Yes, we do have moments of beauty and you can continually find more in the world of art…now take that away, take away Picasso, take away James Joyce, take away Monet, Hemmingway, Lynch, Dali, take away David Bowie-the list goes on. Take away all the the artists, musicians and creators you could ever imagine. Now think about that world...That’s a terrible, depraved, bitter, useless and loathsome world to be in. Now maybe you can better understand your role and how vital it is to the world we live in, good or bad. We need art and it’s up to you to continue the struggle of the artist. It’s perhaps the most difficult job period. But without it we are fucked man, totally fucked!

Any other upcoming exhibition, research or project you could share with us?

Upcoming works oh yes. I’m performing in a contemporary opera in Prague on May 5th, 2019 titled “PERFECT” with a group of US and Czech artists. When I return to Pittsburgh, I’ll be sorting through the collection of things I’ve used here in Belgrade to build upon. I have a series of politically-driven texts that I’d like to exhibit called “Large Words Hurt” related to the ongoing academic/political-correctness and group/identity politics surge that has been damaging free speech and free thought in the academies throughout the US and Canada. I founded the Sources of Light Experimental Music Festival in 2015 so this year will mark number four, presented in Pittsburgh for the first time! Oh, I’m also in the process of starting a cafe with my fiancee, Jessie whose talents as a chef have no limits. And further along, I’ll be supporting her first artist book with illustrations, photos and words of course. Stay tuned.