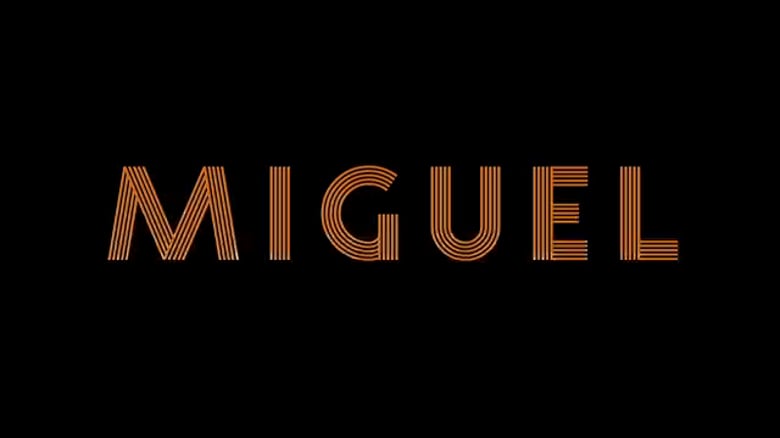 How did you get started as a writer? When did you discover your passion?

It started with a dinosaur’s roar. I was around six or seven years old when Jurassic Park came out, and I was so utterly transfixed by it, that by the time we got back home from the theater, I was wailing my head off, pleading to know what happened next with the towering T-Rex and the sneaky velociraptors and the island they had abandoned them in. My parents had no idea. It was just a movie. Nothing in it was true, after all. But my tongue kept flapping with interrogations and assumptions about what would we do if these creatures swam all the way to the shore of our country, who would be eaten first in my class if all the carnivorous species were released on the school grounds ( Francisco, the boy who bullied me would have been the first to have his head gulped down). When my outrage and my babbling scraped the limit of their patience, my mom snapped, plopped a notebook and a pencil on my lap, and unconsciously suggested, as a way for me to lay off her back, “you tell us”.  And so, it was, that through my love for film I knew I wanted to be a storyteller above anything else. It would still be years, decades away for me to develop my commitment to this craft. I underwent an identity crisis, doubting myself, jumping from one medium to the other until I finally landed on fiction writing. But all that is boring stuff.

What about the writing process? Do you have any writing routines? What is it that kickstarts an idea/story?

I write in the mornings. My writing session revolves around the inspiration I get from running. If possible, I like to go for a run first thing in the morning, then come back straight from my exercise routine, and sit down to slaughter the page. But sometimes I am lazy, and so, I go straight to my computer, and reward myself later by going for a run. But to be honest, life pokes its nosy nose and interferes and muddles the practice. It boils down to the urge and the necessity and the pledge you make to yourself of writing every single day. No matter the time of the day. No matter the word count, but squeeze it in there and do it every single day, and once you are at it, simply, write with abandon. You will figure out the doodles later. When you are at a residency you get to luxuriate in the number of free hours at your disposal. It is a ridiculous amount. Residencies are an excellent funnel to exercise your discipline. When I am at a residence, I break down the hours of the day into writing slots. Some writers just sit down and go for it, but I am bit more pragmatic, and need the structure as to not drive myself crazy. In terms of what kickstarts an idea, I can’t really tell you. Inspiration is a capricious fiend. I like to watch lots of movies, and always, always, have a book at hand. A book is like an extension of my arm. Reading and surrounding yourself with great examples of storytelling is the best formula to stoke the fires of the imagination.

How important was your queer identity as a part of your practice?

There once was a boy whom I loved. And because we dared cross the boundaries of the flesh, and poked those prohibited air bubbles clotting the perimeters of the heart from sinful feelings when we should have known better, our lives were altered and modified by those around us. We were cast aside, bullied, upturned and exiled and torn from the moral ground on which society stood. But since we were just kids, we were not far from salvation, not too lost or blind for prompt mental modification and spiritual reformation. I never saw him again. This rearrangement of my neurons and impulses, this encasement of my soul and suppression of my true nature almost kills me. I spent years in the closet after that. Coming out was not only a process of self-acceptance, but a breaking of chains and shackles attached to the foundations of all the rules of existence I was told I needed to follow devotionally. I had to jerked them and the whole residence of my destiny caved in. I had to learn how to deal with this freedom, how to vanquished the trauma I was sure was staining my lifeblood, sweep the darkness and the particles of resentment swimming in my chromosomes away and instead find a light that could fill me up to the brim and brighten the roads of my subsistence. Writing was the essential pathway I treaded to find this surplus limelight. I had been trying to write for years, but it wasn’t until I started reading queer writers, James Baldwin, Dorothy Allison, Reynaldo Arenas, Rita Mae Brown, and I understood the DNA of my pain, that the enraged electricity of my voice, the violent sparks of my longing, found the appropriate nucleus where to ground themselves and morph into the righteous fury and the musical passions that could steel my words into shape. So, yeah, my queer identity is everything when it comes to my writing.

How do you view the writing in terms of cultural dialogue? What kinds of responsibilities do you think authors have?

I wish I could be more political towards this question. I wish I could lie and tell you that all writers are members of the cavalry aiming to change and purge the world from all evils. But many writers are fickle and egotistical. Including myself. Not because we are not aware of how our craft could benefit or destroy our surroundings, but because our heads are bubbling cauldrons, sloshing and stirring ideas and traumas that burn at our cerebellums and threaten to blow the whole of our skull if we do not find the gateway to appease them by putting them on paper. When the splinter of a story gets stuck in the middle of the mushy tissue of your brain, you breathe, and eat with, and sleep next to, and go to the bathroom in company of the characters emerging from the soil of your imagination. You are doomed. The story becomes a limb, a molecule in the medulla of your spine. Writers, especially those writing their first book, plunge themselves into ridicule obsession in order to survive, struggle with the intoxicating straggle of pampering this molecule and bringing these characters to life every day or let them rot and reek inside your head, and in consequence, the rest of the universe dims itself to an obscure dot. For lack of a better and more socially conscious response, I would say, that writers have the responsibility to be true to themselves, to write from the core of their being, to be brave, and honest. I think through the centuries there has been a lack of honesty, an urge to gain advantage by pillaging dialogues that do not belong to you, and that has led to cultural appropriation. We are no longer in an era where a white straight male can give himself the right to write without a care in the world a story from the perspective of a woman. That era should have never existed in the first place. But it did, and it molded and disfigured many concepts and judgments that society should have understood differently. But that is a whole other subject I cannot delve into at the moment or I would need five meters of parchment to rant about it. So, I would just say, that if as a writer, you are absorbed and neck-deep in the abyss of your story, that is fine, but be aware of the honesty of your words, of the truthfulness of your characters. Why are you so keen to write this? Where are these characters coming from? Are you the right person to breathe life into them? To give them justice?

What are you working on now and who are you hoping to reach?

I am working on a novel inspired in my childhood, losing my parents to cancer, growing up with my portentously religious grandmother, coming out of the closet in the small town where I grew up, but everything in it suffused with the screen of magical realism. Honestly, first and foremost, the one thing I am hoping to reach right now is the ending.

Why did you choose Belgrade? Did you find your inspiration?

I have no idea why I chose Belgrade. It sounded exotic, and when I reviewed the website and read the testimonies of the other artists, an impulsive yearn swelled inside my chest. I do not regret this choice at all. It was a magnificent experience. The city regaled me with everything I needed. It was a very lonely experience as well, in the best possible way. Writing in itself is a lonely craft. You have to discipline yourself, build up the structure of your days, exercise your passion without spoiling it with the venom of frustration. My time in Belgrade was a heightened practice of all this, but the fairytale quality of this megalopolis softens the edges of this process and injects it with a garden-fresh exuberance.

Your message to writers coming to Belgrade in the future?

Let yourself be swallowed by the mysticism of the place.