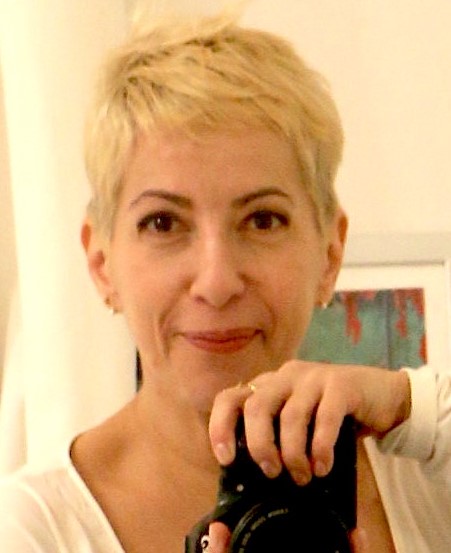 • Technical Course of the Arts at the Institute of Art (IADE) in São Paulo, 1999;
• Degree in Literature – Portuguese from the Faculty of Philosophy, Literature and Humanities of the University of São Paulo – USP, 2007;

Past exhibitions, residencies or related experience for last 3 years:

I am very excited with the idea to be able to develop projects into this new environment. I intend to go with an open mind for new experiences and exchanges with other artists. I have the desire to explore the connection between different medias, as I have a background in acting, writing and painting, ceramic and others. Even though my strongest suit is painting, I would not like to choose any closed format or support beforehand. I really want to absorb the atmosphere of my surrounding in Belgrade. I already did this experience in Sofia and it was very rewarding. My main subject though is the human being and his feelings and interactions, especially women.

After attending the IADÊ College of Arts of São Paulo and participating in group exhibitions, I graduated in Letters from the University of São Paulo. I developed a career in theater as an actress, director, playwright and set designer. From 2010 I resumed my work as a visual artist and since 2014, under the supervision of plastic artist Paulo Pasta, I received an Honorable Mention in the Mangaratiba More Colors project, in 2014, held an individual exhibition entitled Sob Pressões e Sobre Impressões (Under Pressures and About Impressions), promoted by UNESC in Criciúma, in 2015, and an Honorable Mention for the whole work at the 33rd Rio Claro Contemporary Arts Salon, in 2015. In addition to participating in the educational action exhibitions at Tomie Ohtake, 2014, 2015 and 2016. Since 2017 I have participated in Quartas Group, in São Paulo. With which I held the exhibitions: Ten Painters, at Paço das Artes in Santo André, 2017; Pintura Expandida (Expanded Painting) curated by Marcelo Salles, at Virgilio Gallery curated by Andrés Inocente Martín Hernández, São Paulo, 2018; Pincéu, at Funarte, in São Paulo and O que está em nós (What’s in Us), at Galeria Vertice, in São Paulo, both curated by Marcelo Salles, in 2019. At the same time, in 2019, I participated in the exhibition in Glinde, Form ”art” and I did an artistic residency in Sofia, World of Co, exhibiting my works at the Underground gallery.