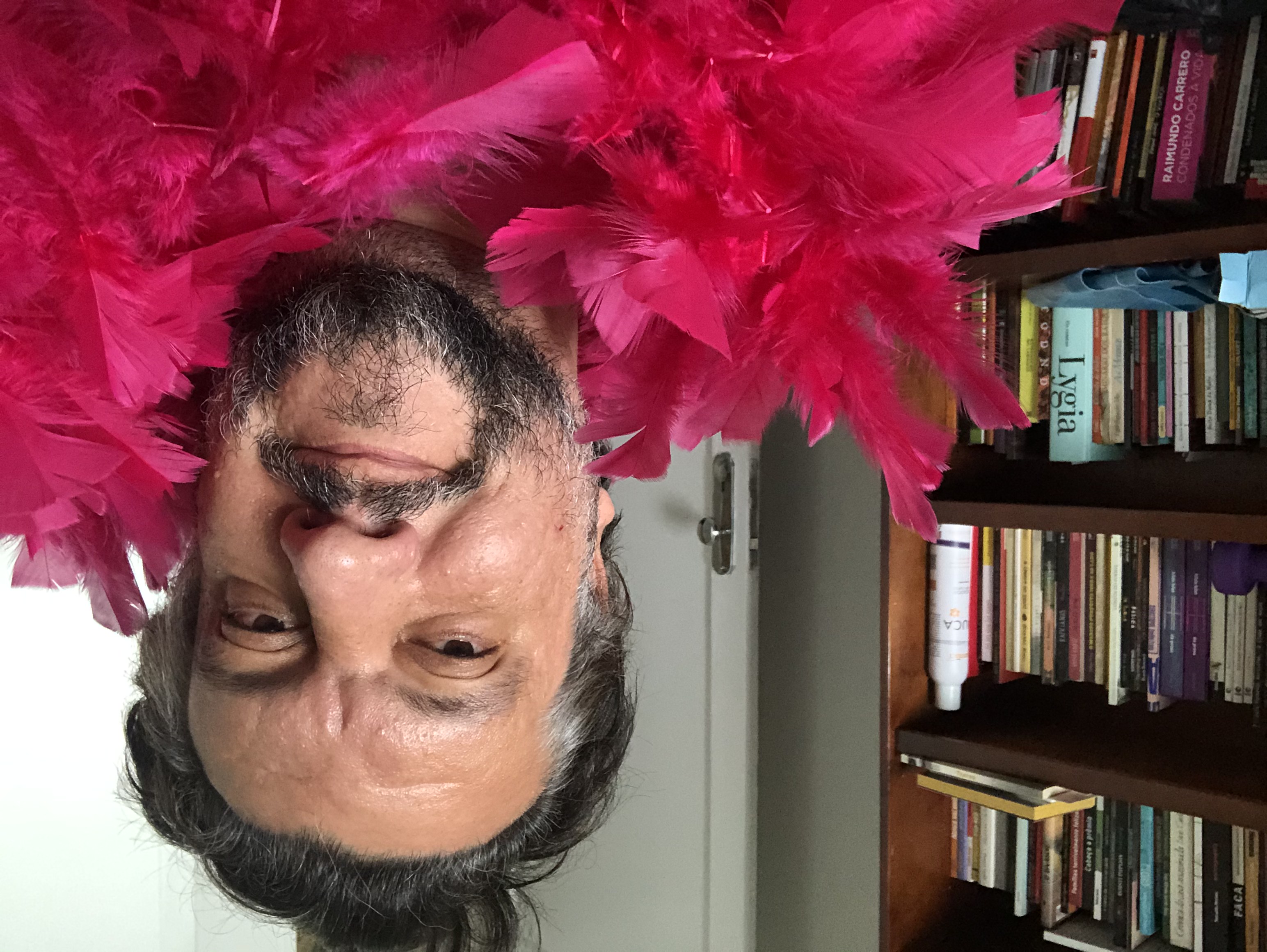 Bio
Hugo Lorenzetti Neto was born in Campinas, a city in the countryside of São Paulo State. Being a queer young man, he moved to the state capital, lived by himself for a few years until he decided it was time to finish a major, after six years hopping between colleges. He finished his major in Literature in his hometown and became a diplomat after that. Years of adaptation had all his literary work in delay. He publishes his first book at the age of 42, a book called “24”, where queer experience is structuring for a kind of poetical autobiography. Hugo is also a translator. He has lived on all continents but Antarctica. He is finishing his Ph.D in Creative Writing. He likes strawberries and the colours pink and orange.
Also, he is a resident writer at Belgrade Art Studio.
Conference-performance:
It is a coincidence that I live on 39 Mariscal Josip Broz Tito Street in Luanda, Angola, where I work as the diplomat who curates the Brazilian cultural centre, and now I am in Serbia for a residency.
The 1990s war in Yugoslavia was the first one I followed in the news – I even bought a Colors magazine, printed by the Benetton group, written in English and in Italian. It took me two months of pocket money – a teenager who was comfortable in his middle class life and pained for the people at the edge of Europe. “Miss Sarajevo”, by the pop band U2, was a hit. The NATO bombings would not kill the bad guys, but the people of Serbia. Everything was difficult to understand, as there is not much dialectic in propaganda. You should accept or not what is told. It is hard to accept things when you are queer. You are particularly pained by other people’s pain whan you are wholeheartedly queer.
In the next few weeks, I want to get around Belgrade and look for ways History is seen and erased on the streets. I want to be a flâneur queer mind. I want to find what poets were queer and how they wrote. Discover my favourite fragments of discourse and patch them together with my Brazilian experience, fragments I collected there. What are the similar scars? Who are the gay poets who felt they needed ti hide to survive? How is History sensed in Belgrade and in Campinas, the city where I lived when Serbia came into my life? The rubbles are the basis of new fairer worlds, and it is necessary to look with the perspective of the child to see how it works, as Walter Benjamin states in “One way street”.
The result: a conference performance with songs a capella, photographs and videos, poetry reading and spoken philosophy that only requires help to have its sound recorded.