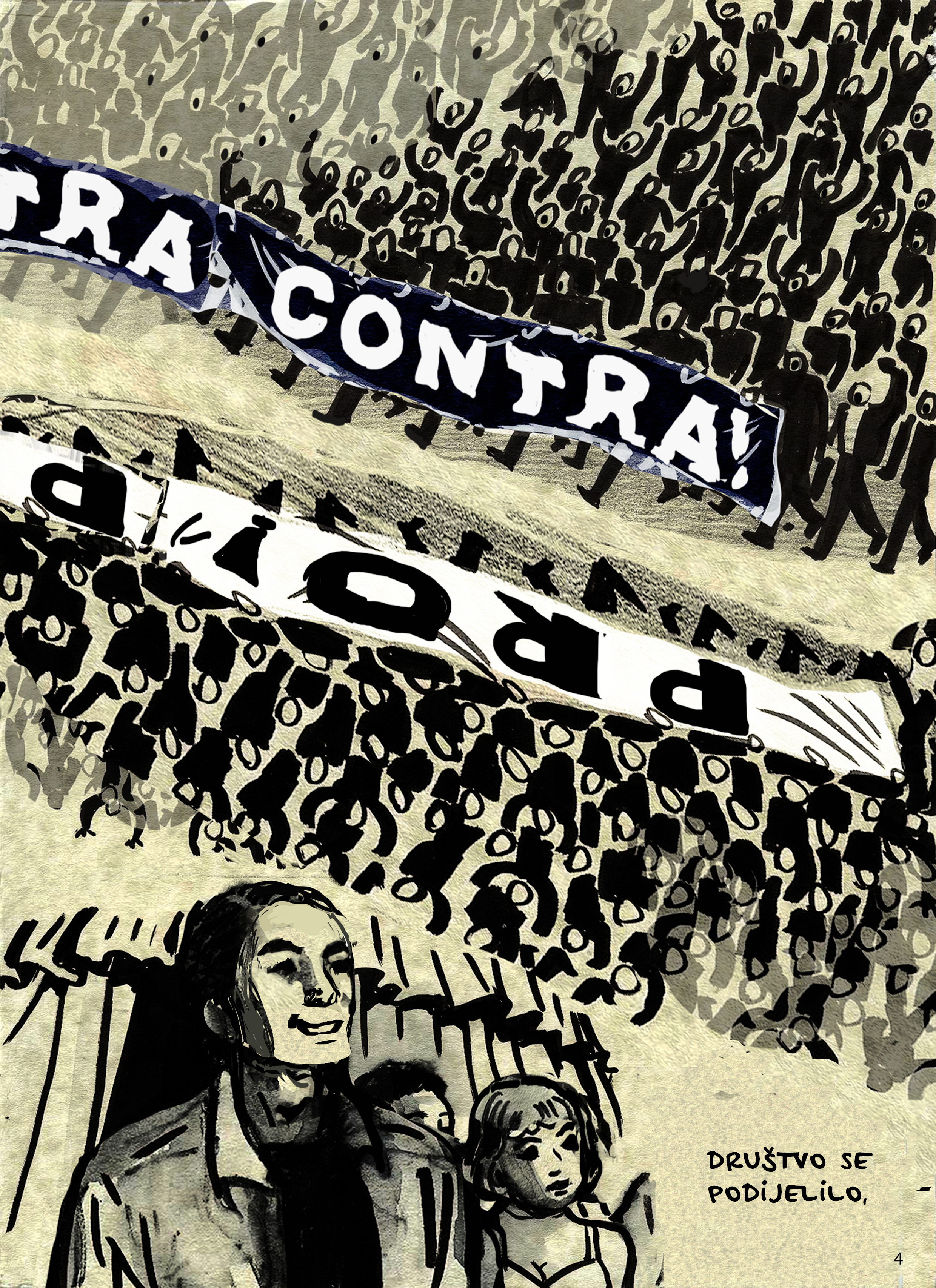 Looking back on your journey as an artist, is there any advice you would give to your younger self, or would you do everything again the same?

1)For an artist, fame is a tool, just as a plumber needs his tools to work so the artist needs this tool: the ability to produce and keep attention on his/ her work.

2) My teacher, architect, Z.Radić told us: For success in art you will have to lie, steal and kill”. We, young art students, were laughing at those words. Now, I know it is true.

3) Be prepared for high peaks and deep falls and survive them with your feet on the ground.

4) To young artists: At 35 you stop being a ”young artist” and the door to the funds is closing, so: Run even if nobody is chasing you!

How can art transform conflict?

Conflict in society is always between power and citizens. Power wants to keep the status quo. Power will try to use artists for their purpose. Art therapeutic projects are working for the power, they are helping victims of the conflict to forget their traumas or even get free of them. This therapy is helping individuals but has no effect on the true reasons which made them victims.

Does it generate new inspiration and a way of healing?

If an artist chooses an active role in a conflict, he/she has to be smart enough to avoid all the traps and be very creative in his/ her trying and actually doing something against common people’s victimization. At least I felt that when I was working on creative therapy projects with asylum seekers.

How do you feel about being involved in an online residency program?

It is interesting to exchange ideas and knowledge with another artist with whom I share the same interests.

How important is it to stay connected with the international art community?

The best would be to make an international group, and between us a ”platform” and radiate a strong massage against every escalation of a conflict situation.

What are your thoughts about the theme ‘Conflict Art Peace’?

”The message” should be given in an artistic way since this is our language. As we unite our small powers, we could hope that people will see the beauty and power of it and, in a democratic way, start changes.

Tell us a bit more about your project.

My project is proposing a big transformation: instead of the standard  conflict solutions as in a war, I propose fake wars but with the results as the war is real.

The rules of computer games in real life and with the real effects.

The same process happened in ancient times when young men were fighting to the death to show who is the strongest, for a girl and maybe also for property …and then somebody smart said: Wait, we will lose all the best men, let’s change the rules!  And many were against it, but when they saw that the new rules are wise and better, then sports games started. If the cavemen could accept it, why wouldn’t we, a highly technologically equipped, modern society?

This project is a long-distance project, it is called ”Metaverse which we really need”. It shows the way through how appealing digital technology could serve the needs of the ”small man”, western and countries where in the future war escalations will appear. This project fights for better economic justice, without victims, dead, wounded, orphans, children soldiers and refugees.

What do you want to achieve in the near future?

In this residency, I expect to receive feedback, advice and help in finding the way to put it on the level from which the idea will be better articulated and finally find its place to grow from futuristic speculation into reality.

At the moment, I am carving this complicated project into the most basic message which should fly like an arrow into the minds of others.