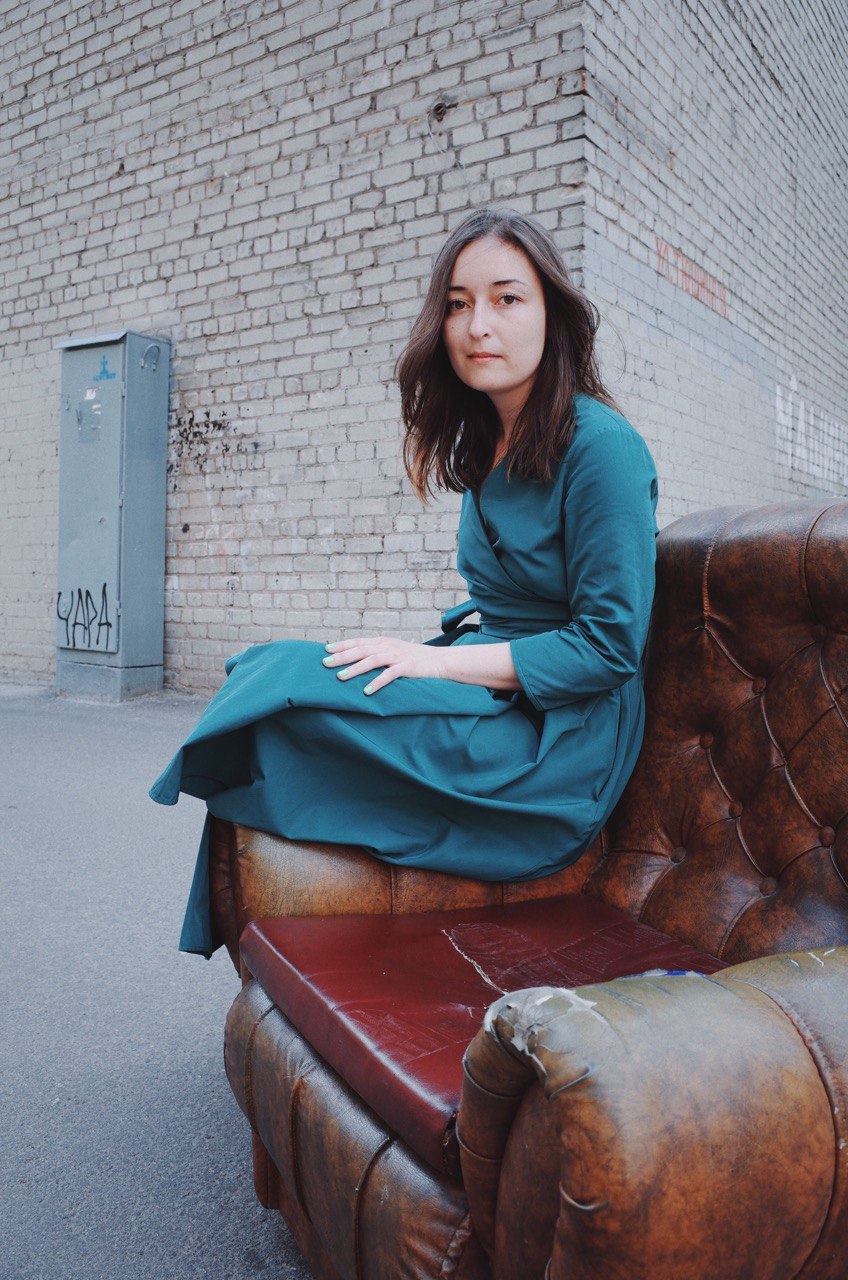 Sofya Krasnova is a playwright and producer from Russia. Her main genre could be described as surreal dramedy. Since 2012 she has worked for numerous theatres, companies and festivals, such as Mikhail Chekhov Riga Russian Theatre in Latvia, Ballet Moscow, Vladimir Mayakovsky Moscow State Theatre, The international festival of contemporary dance TSEKH and so on. After that she started to create independent texts and performances. Krasnova’s play «The Outstanding Dreams of a Mediocre Man» is shortlisted for an International Drama Award «Neem-2019». Sofya is one of the creators and teachers of the drama course at the largest online educational platform in Russia «Skillbox».

Before Russia invaded Ukraine I used to work on several plays. One of them was basically a story of a person with a social disorder, and another one was a post-apocalypse. When the war started the second story became a documentary, and the personal story was just not important anymore. Everything has lost its meaning and all the honest sources of content could (and still) only spread just the news. If writers and artists shared their statements, they sounded like the letters to the aliens to me, because I considered all those ideas obvious: one should not kill, one should not torture and break the international law. So I realised that nothing is obvious and approved by everybody, so we – as a society – are really in this situation of dialogue with the alien (this must be how both sides of the discussion feel). That’s why I’ve written an experimental text with the /obvious/ instruction for human communication.

Another important part of the performance which gives it the second level of meaning is the physical and dance interpretation of text by the argentine tango community. 6 dancers from Serbia and abroad (there were also participants from Turkey, USA) were exploring the possibility of literally following the instruction and finding contact with another person. It turns out to be a complicated task, like if you start to think how to breathe – it becomes complicated.

At last the theatrical magic happened thanks to the music of the composer and accordionist Eugenia Popova and the violinist Ekaterina Zaterina, which they created specially for the performance. I thank them, Serbian tango community, club Dim for the mysterious and beautiful location, Belgrade Art Residence and personally Baxx for making it all real. It was the happiest experience for me.